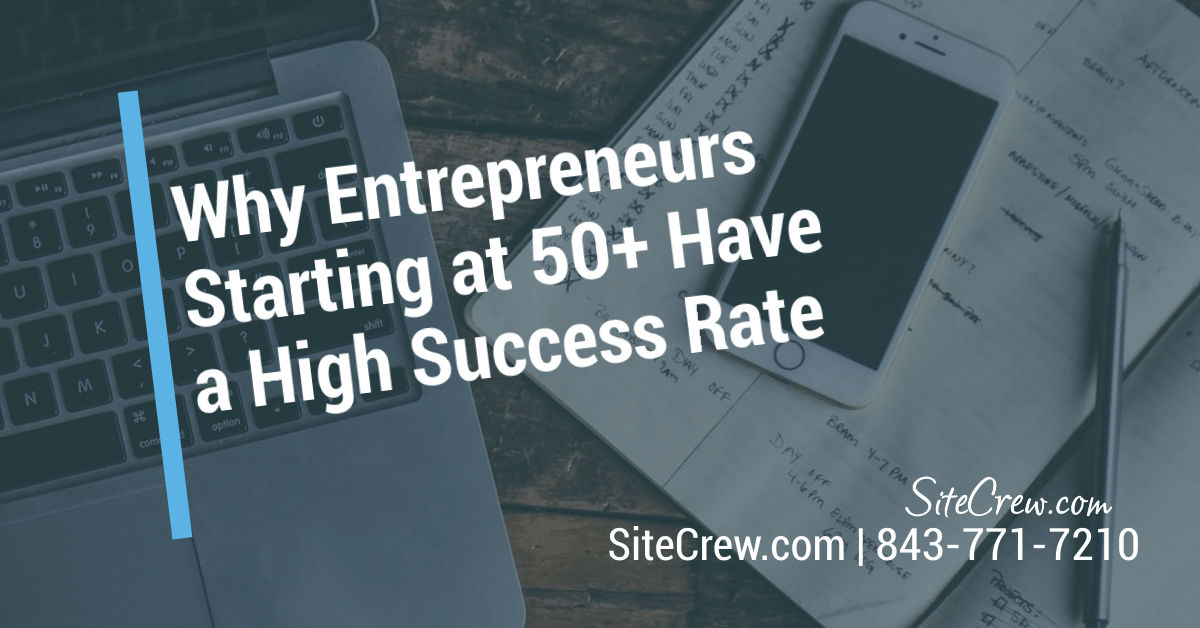 It may seem like starting young is the best way to build a successful business, today more than ever. After all, when you're young you have nothing to lose and a lot of energy to spend, and since your whole life is ahead of you, you can afford to make mistakes and learn from them. But starting older isn't bad either. In fact, it turns out that for many people, starting at 50+ years is even better than starting young. Yep, you read that correctly.

Some of the world's best-known and most profitable businesses were started by entrepreneurs past 50. Raymond Kroc was 52 and driving around the US selling milkshake machines when he started McDonald's. Pharmacist and physician John Pemberton was 55 when, in an effort to create an alternative to morphine, removed the “French Wine” from his French Wine Coca recipe and founded the famous Cola company. Colonel Harland David Sanders was 65 when he opened a small service station and started working with franchises, establishing what would later become one of the world's best-known brands: KFC.

When 50 Is Just Right

Put together all these interesting findings and the message is simple: age is not only not an obstacle to becoming an entrepreneur, but being 50 or older increases your chances of meeting with success. While this insight won't make the creation of your startup any less easy, nor will it eliminate challenges, it can be a wonderful incentive for you to finally create the business you always wanted to have.

Pamela Wigglesworth, CSP in an international entrepreneurship coach, speaker and CEO of Experiential Hands-on Learning. Residing in Asia for over 20 years, she is The 50-60 Something ™ Start-up Entrepreneur and supports encore entrepreneurs in their business development and growth.