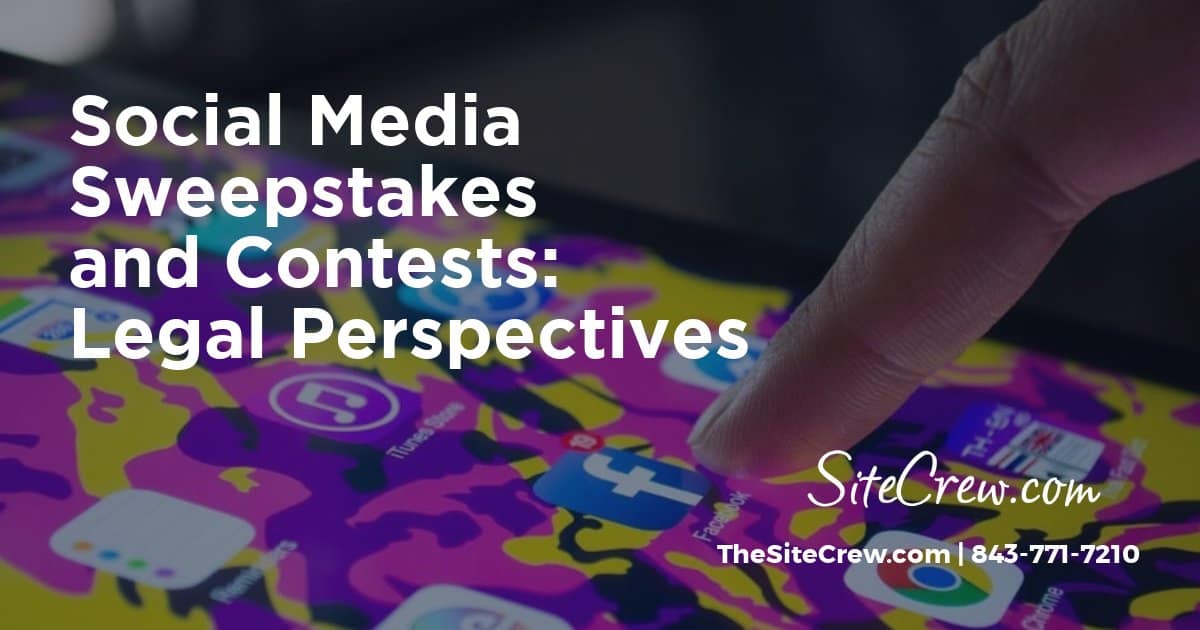 With the explosion in social media activity by users of the internet, its value as a marketing tool has also been recognized. At this point, any business which doesn't have a presence in social media is at risk of being left behind. One strategy that lends itself nicely to the interactive nature of social media is the running of contests and sweepstakes promotions. But they should never be entered into without ensuring that all your legal bases are covered.

Contests, such as those which ask participants to upload photographs, from which the winner will be selected by votes from the community, are fairly common. This sort of thing is legally classified as a contest, as distinguished from a sweepstakes, which requires no other action from entrants than completion of a form. The official rules for each type are, therefore, somewhat different in the regulations guiding them and the language used.

A contest and sweepstakes lawyer is a resource that you need whenever you are planning to run a promotion of this kind, whether it's through social media, on your own website, or through partnerships with bloggers. The complexity of drafting official rules which are fully compliant with current regulations, federal and state, is too much for you to realistically consider doing it yourself.

The liability you could face for rules that aren't compliant is significant. Don't be fooled into thinking that no one will notice. It's just not worth the risk. Having a lawyer who is experienced with online games of chance and contests, you won't have to worry.

Many people access the internet using mobile computing. In fact, within three years, it's projected that more people will do so than using a laptop or desktop computer. This may create new legal issues which need to be addressed; for example, if a person is a resident of one state, but enters a sweepstakes via mobile in a different state with different relevant laws.

As a marketing strategy, contests and sweepstakes became commonly used in the middle of the Twentieth century. Back then, direct mail and radio advertising were used. As legal questions arose, they were addressed and formalized. The process is ongoing. For this reason, you should never consider templating the language of your rules on someone else's – at least not without a full review by a contest lawyer.

There are both federal and state laws which govern the allowable features, qualifications for entry, and disbursement of prizes for both sweepstakes and contests. Each country has its own laws, as well, which complicates things for international competitions. Social media sites have their own terms of service, which include language relating to the running of promotions. All of these different requirements must be understood and incorporated into your official rules.

Engaging a sweepstakes and contest lawyer gives you the peace of mind that all your promotional games are fully legal. They'll also work with you in the event that issues should arise with competitors. This is an area of your business in which you just can't take chances with liability.

Lior Leser, Esq. can help you build and run legally compliant online sweepstakes. Regardless of how you deploy the online promotion, an Internet Sweepstakes Lawyer can help you navigate through the state and federal legal requirements of establishing, registering, bonding, running and fulfilling internet and mobile Sweepstakes. http://web20lawyer.com/Promotions_Lawyer.htm